Friday, 14 February 2014. I was among the first to come and witness our lush green campus turn into velvety grey display. Grass and stones are monotone. Heavy ashes covering almost all visible surface. Not many people came to campus that day, all wearing face mask. Clearly, there would be no academic activity performed. I sighed. If it wasn’t because the next day would be student assessment day where I was in charge, I would prefer to stay at home. Shoveling the ashes off my roof before they collapsed from weight bearing.

That morning, the sun was nowhere to be found. Normally, the sun would have already rose high and shined. But instead, the sky was red and yellow. The air was choking. Roofs and streets were all covered in ashes. My eyes hurt and itchy. I looked up and realized that the sky was raining ashes.

The ashes were not merely dirt. It was volcanic ashes which has denser mass compared to soil. It came from Mt. Kelud, one among several active volcanoes in the eastern part of Java which had just erupted the night before, around 11 PM local time. I remember accusing Mt. Merapi for the hot and damp air that night. Wasn’t no reason that I put the blame on the wrong volcano. Mt. Merapi is located around 31 km north from my city, while Mt. Kelud is 250 km away. Both are active until now and bear the status “Alert” at that time.

What I, and most of Yogyakarta citizens, didn’t anticipate was that the ash fall would reach our city. We were very far from the volcano. No one would expect to see 5 cm thick ashes accumulation in only a few hours after the event. But later that day, we discovered that the eruption was quite massive. It was 17 km tall and hundreds of km span of volcanic materials, causing thousands of people to refuge. Schools were closed, flights were cancelled, business and daily activities were limp. Military personnel and civil people worked together showering the roads with water to reduce the ash stirring. The ash fall last year was generally rougher than what we had in 2010 when Mt. Merapi erupted, but we were grateful that the number of victims was far lower than in 2010.

A year later, which is not far from today, the ashes has left our city. But the history will remain. To be a lesson to our people for what has yet to come, because history has the pattern. Living in a country where active volcanoes are spread in every island and in the depth of the sea, I am reminded to never take nature for granted. As much as I always feel humbled every time nature shows its forces.

One thought on “Forces of Nature: A Dusty Valentine” 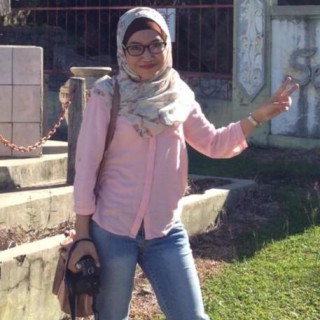 What is in the menu?